Don Leo Jonathan (standing) was born 1931 to a Mormon family in Utah. During his professional wrestling career, which spanned the 1950s-1970s, Don Leo often performed as a "heel," or villain—and he occasionally played up his Mormon roots as an aspect of his villainy. Billed then as "The Mormon Giant," Don Leo capitalized on certain anti-Mormon prejudices during a period of Mormonism’s erstwhile mainstreaming and clean-cut imagination in American culture. Here, Don Leo plays upon popular associations of Mormonism and Islam by teaming with the heel manager Ernie Roth, known professionally as "The Grand Wizard" or "Abdullah Farouk."

Understandably not all members of the Church of Jesus Christ of Latter-day Saints were happy with Don Leo’s professional image. In 1963 Don Leo received a "cease and desist" letter from the Church Information Service (CIS), instructing him to stop calling himself the Mormon Giant or otherwise invoking Mormonism. However when Don Leo appealed this directive to the president of the LDS Church himself, David O. McKay told him to ignore his "too zealous" colleagues in the CIS. For, not only was President McKay a wrestling fan himself, it turns out, but—perhaps more importantly—he perceived that even negative publicity could be spun to benefit the Church. And to that end Don Leo agreed to point interested and angry parties alike, following his matches, to local missionaries, for a more authorized and "correlated" depiction of Mormonism.

Thus it was that the LDS Church President sanctioned intentionally negative depictions of Mormonism on a national stage. Or rather it was one such occurrence. For, the history of Mormonism itself might well be written in (and as) a series of precisely such events—events wherein the church opts to sanction its own shadow side and incorporate its own criticism.

And in this case the venue of such ritual activity and (re)creation was the wrestling ring. 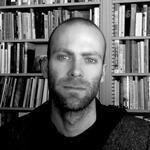 David Walker is Associate Professor of Religious Studies at the University of California, Santa Barbara. He is the author of Railroading Religion: Mormons, Tourists, and the Corporate Spirit of the West (UNC Press, 2019), and he is currently working on a cultural history of Mormon professional wrestling.