This photograph belongs to a series of portraits made by news photographer and documentarist Fernando Brito in his native state of Sinaloa, Mexico.1 Along the Zuaque (now Fuerte) river, which flows down from the Sierra Madre Occidental into the Gulf of California, Yoremem (plural of "Yoreme," or Mayo Indians) have maintained religious rituals combining indigenous cosmology with seventeenth-century Jesuit influence. These complex ceremonies play a vital role in sustaining native culture’s claim to identity and relevance, in spite of a five-hundred-year-long confrontation with missionary, colonial, imperial, and capitalistic forces, which have profoundly affected the region and its people through violence, cultural assimilation, and the exploitation of natural resources.

Under pressure from mining interests, large-scale agribusiness, hydroelectric infrastructure projects, and more recently the extension of the drug-related economy, the Yoremem’s relation to their environment has been dramatically transformed. While outsiders (yoris) have been steadily increasing in numbers and influence, migration and relocation have removed indigenous communities from their original land. As a consequence, it has been suggested that the Mayos’ territory has almost "ceased to be an element of identity," and the cultivation of unique cultural practices now defines their cohesion as "those who respect traditions" (which is what "yoremem" actually means).2 In spite of their Christian trappings, their ceremonies actually reflect "the competition for resources, both natural and symbolical," as they are celebrated—with numerous local variations—in nineteen "ceremonial centers" scattered among the northern hills of Sinaloa.3 These places are connected by the river and, in some cases, by their history as former Jesuit missions. Among the oldest ones is Baca (located in the municipality of Choix), where this photograph was taken by Fernando Brito in collaboration with anthropologist Héctor Parra Zurita as part of a series documenting participants in Easter ceremonies.4 Although the set up chosen by Brito and Parra seems to follow well-established anthropological and (less frequently) documentary models (frontal pose, similar background, uniform lighting), the sitters can also be seen as embodying a form of "native survivance" which is deeply rooted in the ongoing tradition they are carrying forward.5

Participation in these rituals, which doesn’t involve Catholic clergy, is predicated on binding social commitments and vows, and the distribution of organizational roles as well as ceremonial duties. This engagement largely trumps ethnic identity: these days, "mestizos" are allowed to participate in Baca’s all-important Lent and Easter ceremonies, which last seven weeks. Tradition is therefore understood as the adherence to local specificities of the ritual, and it defines the community in opposition to European/mestizo forms of Catholicism, the devotion to popular saints such as Sinaloa’s Jesus Malverde, and even recent inroads made by evangelical movements.6 Posing for Brito in front of the church’s main altar honoring Saint Michael the Archangel (the patron saint of Baca’s ceremonial center), various participants of the Easter rituals such as musicians, dancers, young Marias and this so-called judío conjure up a powerful and at times unsettling image of the syncretic religious tradition of Sinaloa’s native people.7

The background is unequivocally Catholic in its imagery. Ex-votos and candles were left on the altar, in the hope of obtaining blessings from the saint: traditionally, membership in one of the orders (cofradías) that organize and enact the ceremony results from a pledge made in exchange for such a request. Flanking Saint Michael are Mexico’s very own Virgen of Guadalupe, along with Saint Jude of Thaddeus, carrying his Jesus medallion and wearing a characteristic green sash: throughout Mexico, the patron saint of desperate causes is especially popular among the poorest and most vulnerable sections of the population.8

A news photographer by training, Brito first devoted a classically composed and visually compelling photo essay to the various stages the ceremony, both inside and outside the Church, as processions and dances take place for over a month before Easter. Yet the altar series illustrated here, which he produced alongside more conventional forms of reportage, adds urgency and depth to this collective portrait through the complex interplay of performance and personality, historical traditions and contemporary upheaval.

Judíos such as the one pictured here (the neighboring Yaqui people, in Sonora, often call similar figures "fariseos") are key characters in the ceremonial cycle. They appear on Ash Friday and perform different tasks until Holy Saturday. For several weeks, they wander the region gathering alms that will help defray the cost of the ceremonies, pay the musicians and dancers, and buy fireworks or decorations for the church. Although they are not allowed to speak, they make their presence heard because of the rattling tenábaris made of moth cocoons stuffed with tiny pebbles, which can be seen around this young man’s ankles. Most judíos pictured by Brito in this series wear other characteristic elements such as scarves, or towels wrapped around their shoulders. Some play the tambourine or carry hand rattles that allow them to mimic the ceremonial music played by official musicians and dancers. These grotesque, humorous figures are also emblems of wickedness, roaming the hills and villages to find Christ and bring him to the cross (the sandals most of them wear seem to refer to those worn by Roman legionnaires). This photograph, along with the rest of the series, was taken on Good Friday: on the following day, judíos remove their masks, set them on fire, and receive baptism to recover their human form.9 The disorder they wrought on the community is thus ultimately defeated.10

Brito’s studio-like set up pretends to record the ritual’s material culture in a pseudo-ethnographic manner (the full-length portrait remotely echoes nineteenth-century anthropological imagery), while suggesting simultaneously the complexity of Sinaloa’s present situation. All the men and children pictured in this series are fully "in character" yet momentarily removed from the ritual itself: after obtaining the authorization from Choix’s indigenous governor, Brito and Parra called in each participant and invited them to act out their individualized interpretation of the ritual. Some are dancing and one is sitting on the floor, thus evading the visual constraints of standardized formats. Other portraits show the smiling faces of musicians or the serious look of young Marias in white dresses. For the judíos, the photographic encounter becomes an occasion to extend and possibly enhance the ceremonial performance—both as an affirmation of identity and defiance toward yori intrusions. The traditional deer- or goat-leather mask most of them are wearing (evoking the "cult of the wilderness" in pre-Jesuit cosmogonies), seems to be staring back at the viewer. The judíos follow a military-like hierarchy, and their silent, slightly menacing presence reminds us of times when their dances were seen by Mexican officials and the press as forebodings of rebellion.11

In this specific portrait, the viewer’s attention is drawn to this young man’s modern-day, mass-produced hoghead mask, and to the (toy) gun tucked in his belt. Asked about the picture, and whether the weapon replaces the spears carried by judíos and fariseos in other ceremonial centers, Brito offered the following details:

Before [the judíos] brought whips but then they fought [so they] decided not to use "violence."

The boy himself chose the outfit with the weapon, each judío disguises himself, and they make fun of their reality. At the time . . . the government was building new gas pipelines that passed through that area and some of the judíos were dressed in their work clothes . . . others wore the mask of [drug trafficker] "El Chapo" Guzmán, and another time they wore a Donald Trump mask."12

In pragmatic terms, costumes bought in stores are simply cheaper than traditional masks, which are destined to be burned to ashes after the ceremony. Yet Brito’s account confirms that they also enhance the carnival-like dimension of the masquerade, in response to the overwhelming social, economic, and political forces engulfing the region. The photographer’s interest in Baca is also predicated on the fact that it is located in a particularly remote area, plagued by poverty, which has become an appealing location for drug production.13 This is yet another cause for the displacement of indigenous populations.14

Through jarring figures such as this one, the series conjures up a sense of disquiet which offsets the ever-present risk of a picturesque form of folclorismo.15 This creature’s defiant stance is no quaint play acting of ancient superstitions waiting to be transformed into tourist attractions. The gun, along with the hoghead—often used in drug-related executions to dishonor corpses—remind the viewer of Brito’s better-known crime scene pictures in the streets of Culiacán, his hometown. Even Jude of Thaddeus’s presence is a visual reminder of narcoculture, which has integrated him as one of its patron saints.

Thus Brito’s work is not "salvage ethnography" trying to preserve what "must inevitably be blown away by the winds of modernism," to quote one of the earliest comprehensive studies of Mayo culture.16 Neither is it the assimilation of native religion as part of an idealized and exotic Mexicanidad. The attempt to find an ad-hoc visual representation for Yoreme figures pays tribute to the foundational value of the community’s ritual as crucial to its survival and cohesion. This striking character may also reflect "Yoreme conduct as a new survival strategy in today’s global age," by incorporating elements of modernity that threaten this local culture’s very existence: this precarious balancing act is enacted in the confident, and at time defiant poses seen in some of Brito’s photographs.17 Mocking and threatening authority, standing his ground, yet eager to recover his humanity as soon as the circle of violence and disruption ends, this young judío is no mere ghost from the past. 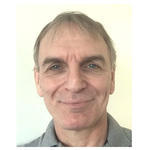 Didier Aubert is an Associate Professor at Sorbonne Nouvelle University, where he teaches American Studies and the history of photography. His work on documentary photography and photojournalism in the Americas (U.S., Chile, Mexico) has been published in Visual Studies, Etudes Photographiques, La Revue Française d'Etudes Américaines, Monde(s), IdeAs and Transatlantica.