Pagiel Leviyev’s house (Fig.1) is very sick. Its window encasements are rotting, and the glass has been removed. The inner courtyard is an overgrown jungle. The walls are cracked. Built in Samarkand over a century ago, the structure was designed as a mansion for a wealthy mercantile family. Today, it stands as a crumbling reminder of the Jewish community’s long and complex history in this unexpected spot of the world.

In 1168, renowned medieval Jewish traveler Benjamin of Tudela wrote that 50,000 "Israelites" resided in Samarkand, among them "wise and very rich men." Benjamin likely exaggerated, but historians agree that Jews have inhabited this silk-route city for well over a millennium. Located in contemporary Uzbekistan (just north of Afghanistan and west of China), the Jews I met while doing ethnographic research there in 1990s, described themselves as indigenous to the region, having arrived prior to the advent of Islam, and long before the Uzbek dynasts conquered the territory.1

Still, their deep roots were not strong enough to hold them there once the Soviet Union dissolved in 1991. Excluded from the project of Uzbek nation building, almost all 35,000 sold their homes, packed their bags and left, resettling primarily in the United States and Israel. Today, less than a few hundred remain behind, bringing to a close one of the world’s longest chapters in diaspora history.2 The rapid decay of Leviyev’s house suggests how quickly the traces of this past may disappear. This essay explores the implications.

In 1843 Samarkand’s Jews acquired a plot of land from the ruling emir. The 47 acres, which sat at the far eastern edge of the city became their residential quarter, referred to locally as mahallah-i yahudiyon—the Jewish neighborhood.3 As a tiny minority living amongst their Muslim neighbors, this residential quarter strengthened the group’s sense of community. Their open-air market, public gathering spots, and many synagogues frequented by friends and neighbors, solidified social bonds. An infrastructure for self-governance divided the mahallah into twelve micro-regions, each with its own representatives who weighed in on issues of daily neighborhood operations.4

The first houses in the Jewish mahallah were designed as half-timber constructions, filled in with sun-dried adobe. Like all homes in the region, they faced the street with blank façades (Fig.2) so that passersby could not see into the courtyards where extended families came together to prepare food, eat, drink tea and spirits, and socialize.1

Pagiel Leviyev’s home was different (Fig. 3). It was built at the turn of the last century, during the era that Samarkand’s Jews refer to as their "Golden Age." As Imperial Russia encroached on Central Asia bringing the region under its control, Leviyev took advantage of new mercantile opportunities and trading rights.2 Engaged in commercial networks that produced, bought, and sold silk, cotton, and sugar, he gained a reputation as one of the city’s most successful businessmen. The new home that he built, with its sturdy brick façade, displayed his wealth. More than that, it reflected a design sensibility that Leviyev had picked up during his travels. The large outward-facing windows surrounded by classical decorative elements, the dentil molding along the roof line, as well as the molding that bisected the building horizontally all announced a cultural aesthetic imported "from the West."

Leviyev’s home—with its grand proportions relative to the other houses in the quarter—must have conferred prestige upon him and his family. But his wealth soon brought about his downfall. Like the city’s other nouveau-riche cosmopolitan businessmen, Russian authorities declared Leviyev to be an enemy of the people, had him killed, and requisitioned his home.3 In line with the state’s effort to level class distinctions, the structure’s first-floor façade was whitewashed to cover over the carved wooden elements surrounding the front door, and hide all decorative brick details.

I first encountered the house in 1993 while I was an anthropology graduate doing research in the Jewish mahallah. It took me by surprise—its European style so out place amidst the sounds of passersby speaking to one another in Judeo-Tajik through the neighborhood’s winding narrow roads.1 Locals told me that under Soviet rule, the structure was turned into a community center, and later a theater, a library, and a music school. By the time I arrived on the scene, over half of the neighborhood’s Jews had already emptied out and the building had fallen out of use.

When are you leaving? Where are you going? What are you taking with you? These were the topics of conversation at the markets, ritual gatherings, and farewell parties held for those who were leaving. As for me, I followed family networks to New York and Tel Aviv, where I continued my research among these new immigrants. Meanwhile, Pagiel Leviyev’s home remained in the landscape, abandoned and decaying.

Twenty years passed, and I returned to Uzbekistan (in 2013) as a traveling scholar with a Jewish educational-tour group. I awaited our stop in Samarkand’s old Jewish neighborhood, anxiously wondering what markers of the community’s past still remained. The tour bus drove the group to the back entrance of the mahallah, a few steps away from the neighborhood’s one remaining synagogue. During our brief visit, one of the eight or nine Jews who still live in the neighborhood showed us around the empty building, explaining that there was no longer the required quorum of ten to gather for prayer services.

Our tour guide swept us back onto the bus, and we headed to the next destination without ever walking through the neighborhood streets. We did not go to the market square, to the little park with the fountain where the children used to play, or to the Jewish community culture center. Nor did we pass Pagiel Leviyev’s house—which told the Jews’ story of finding their place in Samarkand’s mid-nineteenth-century urban landscape, of their rise to wealth during the Tsarist era, of their fall during the Soviet era, and of their mass migration when the Soviet Union dissolved.

"Why did we skip the whole neighborhood?" I asked the guide, as she directed our bus driver towards the main road. "There is nothing left to see," she remarked.

Feeling nostalgic, I set my alarm to wake up early the next morning and managed to squeeze in a quick solitary trip back to the mahallah while the air was still grey and cool. Walking through the quiet, narrow roads I remembered them bustling in the morning with sellers and buyers on the way to the market, the shouts of children echoing across the open plaza, and men on their way to the synagogues. Now I hardly recognized the streets, lined with rebuilt houses painted in new colors, and constructed of different building materials and styles. What was once the mahallah-i yahudiyon had morphed into something new.

I found my way to Pagiel Leviyev’s home. It was still standing, but it too had changed. Once a grand home of the wealthy, it was now collapsing under its own weight, decaying like all the other markers of the neighborhood’s history. One day, I mused, Samarkand’s Muslim inhabitants will not know of the Jewish minority who had long lived among them. And tourists will not know of the diverse peoples who had lived in the city before the rise of Uzbek nationalism. I felt sadness for the erased past and wondered if any action would be taken to preserve it.

Anthropologist Igor Kopytoff provides a different perspective. In his foundational article, "The Cultural Biography of Things," he explains that objects, like people, have life-stories. To illustrate, he describes the huts inhabited by the Suku of Zaire, among whom he did research in the 1950s. The "typical biography" of a hut begins when it is built for a couple raising young children. As it ages, the hut is put to new purposes, "successively turned into a guest house or a house for a widow, a teenagers’ hangout." When it decays a further, it is turned into a space for cooking, and still later, it becomes a place to keep goats or chickens. Finally, about ten years after the hut is built, "the termites win and the structure collapses."2

The notion that a built structure has a lifecycle is foreign in the West, where building materials are strong and resilient, meant to withstand the elements and generations of use. We have groundbreaking ceremonies when a new building is born, but rarely hold rituals to mark a structure’s demise. Today more than ever, as conservation and restoration technology has improved, saying goodbye to our buildings has become increasing difficult. Rather than accepting their finite lifespans, they are refurbished, turned into museums, and marked with plaques. In some extreme situations they may even be mounted onto trolleys and relocated. Contemporary visitors are amazed as they walk the same floorboards as those who lived long ago.

In the future, no one will walk the floorboards of Pagiel Leviyev’s historic home. Indeed, it may not be long before nothing at all is left of the old Jewish mahallah. People will read about it in books, and journals, like this one. But studying the past in written form is an intellectual exercise unlike engagement with the physical landscape, which allows for a visceral, embodied encounter with life as it was in earlier generations. With the Jewish population gone, and the neighborhood itself taking on new forms built over the old, this possibility is rapidly fading.

I shared these thoughts with a friend who grew up in Uzbekistan and immigrated to the United States in the 1990s during the Jews’ great migration. When I finished my tale, Mikhael gave me a puzzled look. "What does that place back there matter?" he asked. "We are here now!" he laughed, teasing me for my heavy historian’s gaze. "We’ve got new buildings, new life. We have moved on." 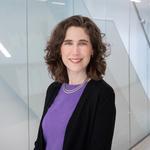 Cultural anthropologist Alanna E. Cooper serves as the Abba Hillel Silver Chair in Jewish Studies at Case Western Reserve University.  She is the author of Bukharan Jews and the Dynamics of Global Judaism (Indiana University Press, 2013).