In 1929, Henry Ford hosted a gala to mark the 50th anniversary of the incandescent lamp. It also served as the opening ceremony for Ford’s new museum. That same year Ford Motor Company set ablaze vast swaths of rainforest in Brazil to clear land for Fordlandia, one of Ford’s rubber plantations. "Behind us are limned the trails of progress," Ford proclaimed in an elaborately illustrated pamphlet. "It is worthwhile to observe how our ancestors groped their way from the primitive to enlightenment."1 In Ford’s "progressive" trail across the Americas and in pictured masses arrayed outside Ford’s plants, we glimpse material economies of religion christened as political economy and mass produced in Ford’s name.

"I believe it is possible for us to experiment in the special field we call religion," Ford theorized, "not that I think religion is a field off by itself, separate. No, it includes everything, and everything includes it."2 In Ford’s imperially-inclusive assertion, religion is fielded as a process and product of incorporation.

Amid deforested terrain in Brazil, Ford exported a vision of Americana utopia in Company town form. In Michigan, the industrialist collected "relics" for his growing museum. "All the relics have one thing in common," Ford explained. "They are all things used by run-of-the-mill people."3 In Ford’s endeavors to engineer plantation utopias and assemble a run-of-the-mill reliquary, we observe what Marx called "the history of economic original sin"—the "anything but idyllic" capital relations extracted from and wrought through primitive accumulation.4  To inquire into material economies of religion in the twentieth century is to confront the never-idyllic methods of capital production, its characterization en masse—in Ford’s form and font, car and company, auto consumption and corporate personhood—and as fetishized in rubber and relics. 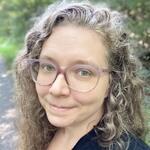 Kati Curts is Assistant Professor of Religious Studies at Sewanee: The University of the South. She studies and teaches at the intersection of American religion, capitalism, and pop culture. She is currently working on a religious history of Henry Ford and the Ford Motor Company.