$5,000.00 golden Buddha in Long Island City, New York for sale on eBay! It looks a lot like this Burmese Buddha in the British Museum. eBay’s fifty-eight-inches tall Gautama was born as a Burmese teak tree and fashioned into a medicine-offering Buddha in the country’s last royal capital, Mandalay, established by King Mindon in 1857.

Teak is native to Burma and took on a special religious and economic status as the British colonized the Southeast Asian country over a series of three wars between 1824–1885. The British, having depleted their oak forests, became dependent on Burmese teak when they realized that the tropical hardwood’s natural oils made it resistant to water rot and insects and therefore ideal for shipbuilding.

King Mindon took advantage of this competitive trade advantage in 1864 and 1865 in negotiations over the purchase of 2,000 Enfield Rifles. He had nearly seventy children and no plans for succession, so he wanted to arm his palace guards in the likely event of a coup. He finally got the British to agree to the gun sale after he threatened to stop selling them teak, arguing that it was a special kind of Buddhist wood he had the right to reserve for Buddhist statues and buildings.

The British were primed to accept this argument because of the romantic attitude they were developing toward both Burmese forests and Buddhism. They saw teak cultivation as a powerful symbol of colonial progress. The notion that Burma had an endangered resource echoed contemporary ideas about Buddhism, which the British had come to imagine as a corrupted, ancient religious system in need of Western caretakers with their archaeology and scientific philology. So when King Mindon claimed that teak was a special Buddhist wood, the British saw this as a legitimate religious activity deserving their protection. Easier said than done, though. War looting and more subtle forms of coercive extraction brought countless Burmese Buddha statues onto international art markets and into Western museums. The material of teak, the economies of the British and Burmese empires, the religion then being named "Buddhism," now give us this American eBay Buddha. 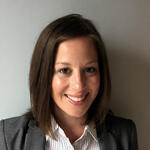 Alexandra Kaloyanides is Assistant Professor in the Department of Religious Studies at the University of North Carolina at Charlotte. She researches Burmese religions and American religious history. Her book, Baptizing Burma: Religious Change in the Last Buddhist Kingdom, is forthcoming from Columbia University Press.