These images were created by "Lalla Essaydi," a Moroccan woman artist living in New York. Her pseudonym means "Madame/Sir" in Moroccan colloquial Arabic. Essaydi describes her body as a "converging territory," where past and present, Morocco and North America, come together.

Her early photographs use the traditional Fes house where she grew up; she explains she thus carries the memory of childhood in Morocco in her mind. The women pictured become the house; their bodies blend into tilework and fabrics.

I wondered—how does a person become a place? Historically in Morocco, a body became a place through Sufi walaya, the knowledge of God that came to different people at different places and times. The knowers, the awliya’, become an opening to God in the world, and their bodies a place of visitation (ziyara) and healing in life and after death. Moroccans built a small darih (photo) on the grave or a pile of stones (kerkour). A street, city quarter, mosque, or town could take the name of the wali interred there, like the cities of Sidi Slimane and Mawlay Idris. The sacred enters physical space through the body.

In colonial archives, European observers noted that tribes forcibly transplanted by the sultans sometimes discovered a "miraculous" second grave for their saintly ancestor, anchoring their history in a new place.

But Sufi place-making is not common in the modern world. Now nationalisms and salafi Islamic ideologies make Sufi knowledge inaccessible to many. Lalla Essaydi (Madame/Sir) circulates the past on the body for a modern place-making. She uses other materials, the male Islamic tradition of Arabic calligraphy, to write her own diary in henna on women’s bodies. The living body and its material reality corporealize history as shrines did, creating the "convergence of territories." 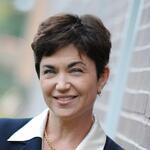 Ellen Amster is a historian and specializes in North Africa, the history of medicine, and French colonial empire. Lately she is interested in bodies and politics. She is the Jason A. Hannah Chair in the History of Medicine, Associate Professor, McMaster University.