The Houses of the Good Shepherd (HGS) were operated by the Sisters of the Good Shepherd for the care of delinquent girls. Good Shepherd inmates, as they were legally known, were classed in three groups. "Preservates" were girls deemed in danger of becoming wayward and "sent by legal authority to the Sisters in order to remove them from evil surroundings and bad parents."1 "Penitents" were girls "who have been wayward"—a broad category of offense centered on sexuality—and were "committed to the institution to be reclaimed."2 "Magdalens" were those from the class of penitents who, rather than return to the world when their terms of commitment ended, chose instead to live in perpetuity as cloistered nuns "to expiate their own sins and the sins of the world."3 This photo marks the occasion of the formal clothing of new and aspiring Magdalens in the dress appropriate to their rank. Ten wear the full habit of professed nuns, one wears the white veil of the novice, and three wear the plain dress and veil of "consecrated penitents" who choose to remain within the walls of the HGS, a step on the path to becoming Magdalens. Magdalens were not permitted to become Sisters of the Good Shepherd, but otherwise observed the strict rule of cloistered nuns in the order. This HGS in Baltimore was home to the order’s only "Colored Magdalens."

Billie Holiday was sent to the HGS for Colored Girls as a preservate in 1925 and again as a penitent in 1926. As I researched her life for my book Religion Around Billie Holiday I wondered what the tutelary presence of the Magdalens meant for her own projects of self-fashioning.4 I remain fascinated by these women and the path of consecrated waywardness they chose. Do theirs belong among the wayward lives Saidiya Hartman reads as radical experiments in beauty, or do they serve as exhibits of the system of "judgment or classification that subjected young, black women to surveillance, arrest, punishment, and confinement"?5 Was their decision to own in perpetuity the status of penitent a judgment on waywardness, or a benediction? An internalization of white surveillance, or its repudiation? 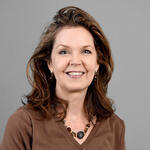 Tracy Fessenden is the Steve and Margaret Forster Professor of Religious Studies at Arizona State University.  Her books include Culture and Redemption: Religion, the Secular, and American Literature (2007) and Religion Around Billie Holiday (2018).