In the spring of 2022, we communicated over email to discuss the mini essays and group pieces in this special issue, "Characterizing MERA." The following dialogue is an edited version of our conversation. It begins as a response to draw out the evocative nature of this characterization of "material," "economy," "religion," and "Americas." It continues with our own reflections on the complex definitions and relations between these terms.

We are both scholars of religion with distinct disciplinary and methodological focuses. What unites our work is an emphasis on intersectionality, a consideration of religion in relation to race and colonization as well as politics, media, the Enlightenment, technology, and the history of science. Along with the scholars showcased in this special issue, we see religion as an integral facet of modernity.

Sarah Rivett (SR): I suppose the place to begin is with the impressive list of objects comprising this study of religious matter: whale teeth, clocks, grapefruit-scented candles, socks, medals, bibles, golden buddhas, printed letters, tree-trunks, and postcards. These objects are not of the material world alone. They enter into systems of exchange that imbue them with sacred meanings, some traditional and some a consequence of modernity, capitalism, and industrialization. Chip Callahan’s piece made me think of how sperm whale carcasses, killed in collisions with cargo ships, wash up on the shores of Long Island. Fijians call these sperm whale teeth tabua. The drastic increase in sperm whales hunted and killed in the American whaling industry in the nineteenth century increased tabua's availability and involvement in practices of ceremonial exchange. In VC: An American History, Tom Nicholas identifies whaling as the first form of venture capital, with risks and rewards analogous to a twenty-first-century Silicon Valley start-up.1 Venture capital’s waste then becomes an object of sacred exchange for the Fijians as well as for the Shinnecock Indian Nation on Long Island. Unlike the Fijians, the Shinnecock did have a whaling tradition, built on subsistence hunting that was quite different from the VC version. For the Shinnecock today, these teeth symbolize a reclamation of these traditional practices. The object itself is a vessel of sacred reclamation.

Lerone Martin (LM): I agree Sarah, I am blown away by the sheer breadth of objects here. I am particularly interested in the religious practices that develop around these varying material objects. I have always been fascinated by the history of material objects—that is, how objects are conceived, produced, marketed, and consumed—in the marketplace. These essays call our attention to what happens once the object is consumed. Take for example, the global consciousness and practices that develop around clocks and time zones invoked in Hillary Kaell’s piece. Or the American musical, which Kathryn Lofton writes about. It is something that can be experienced (anew) repeatedly, at times even on-demand! What is exciting is how these essays call attention to and shed light on the many ways humans experience the material world as a conduit or door to the metaphysical world and expression of the sacred.

SR: Yes, I love that idea of the material world as a conduit. Once detached from its mode of production, objects enter the marketplace free to accumulate sacred meaning and value. I too found myself reflecting on the deeply entwined relationship between spirituality and commodity. Take for example, the SoulCycle candle that Cody Musselman writes about. This candle sells for $46, a price that the elite soul-cycle consumer pays to recreate the ambiance of the sacred SoulCycle studio in their home or office. As Alex Kaloyanides explores, a gold buddha can sell on eBay for $14,950 thanks to the religious and material value ascribed to teak wood, the raw material out of which the buddha is made, by the British and Burmese empires in the nineteenth century. It is hard to disentangle this swirl of commodity, sacred object, and modernity, to know where one starts and the other begins. Does commodification depend on the sacrality of the object or does belief generate new commodities?

LM: Yes Sarah! I could not agree more. It is so challenging to separate belief in capitalist exchange from sacred object. One could argue belief in exchange—particularly of the capitalist nature—no matter the commodity, is the real sacred object. As Kati Curts’s essay on "Fordism" argues, the sacralization of capitalism is not the exclusive terrain of white evangelicals, but is actually a quintessential religious experience of the Americas. One of the most fascinating and perhaps underappreciated facets of this spirituality of capitalism is its ability to withstand and thrive in the face of opposition, or even to integrate opposition.  David Walker’s essay on the Mormon orientation to wrestler Don Leo Jonathan’s religious commodity of entertainment is telling. Capitalism incorporates any and everything; even opposition to it can be packaged, marketed, and sold.

SR: Exactly. There is no outside, no way of opting out of consumer culture. These items make vivid the truth of Marx’s insight that the mystical character of commodities—that which becomes commodity fetishism—begins with the separation of the object from its use value. No one is using the SoulCycle candle to see in the dark. The labor, such as that used to cut down the teak wood and shape it into a buddha is about social relations between humans, not the utility or even the value of the gold-buddha commodity produced. The value of the gold buddha therefore comes from its embeddedness in this network of human labor and social relationships. That is what the purchaser on eBay is buying, while only barely perceiving the meaning of the gold buddha as a social product.

If commodity fetishism is on the one hand present in the analysis of the objects discussed here, I don’t believe that Marx’s larger insight rings true: "The religious world is but the reflex of the real world." It seems to me that these essays are presenting a case for the opposite, that in fact the material world acquires whatever meaning it has as an integral facet of religion. This is the "Christianization" of "political economy" that Ford blazes across America and beyond. If the Marxian dialectic culminates with the mystification of the commodity, these essays seem to envision a sacralization and re-sacralization of the profane, such that matter is the accumulation of sacred value. Transcendence and enchantment in this account are very much "real" and just as ontologically entrenched as capitalism.

LM: Yes! What a profound insight to help close this special issue. 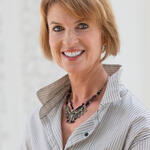 Sarah Rivett is Professor of English and American Studies at Princeton University. She is the author of The Science of the Soul in Colonial New England (2011) and Unscripted America: Indigenous Languages and the Origins of a Literary Nation (2017). Professor Rivett is currently writing a book on the raven as a literary symbol from The Book of Genesis to Edgar Allan Poe and from the classical stories of the Haida, Tlingit and other Indigenous literatures of the Pacific West. Tentatively titled "Raven’s Land," this book rereads American literary history through raven stories that contest U.S. settler colonialism by disrupting origins myths. 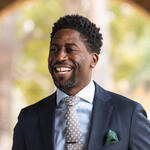 Lerone A. Martin is the Martin Luther King, Jr. Centennial Professor in Religious Studies and Faculty Director of the Martin Luther King, Jr. Research and Education Institute. He is the author of "The Gospel of J. Edgar Hoover: How the FBI Aided and Abetted the Rise of White Christian Nationalism," and "Preaching on Wax: The Phonograph and the Making of Modern African American Religion."