On April 5, 1832, Mississaugas of the Credit chief and Methodist minister Kahkewaquonaby, or Peter Jones, presented King William IV with a bible he had translated into Anishinaabemowin with his brother John Jones. He recalled the exchange in his journal:1

On being introduced to the King, one of the Lords in waiting informed the King that I wished to present to him a copy of the Chippeway Translation of the Gospel of St. John, which he received out of my hand and opened it, and said, "Very good." Some one asked who was the translator. The Queen then replied, "It is his own."

How does this gesture help to characterize material economies of religion in the Americas?

In the context of Anishinaabe gift-giving practices, bible gifts can be regarded as practices used to build and refuse particular religious, political, and material relations. Gift-giving extended kinship ties to others, which formed the basis for ongoing relations of reciprocal alliance and reliance. Accepting a gift meant accepting these relational agreements, and rejecting a gift meant rejecting them. And caring for gifts—or not—had symbolic resonances of care for relations.2

To the King, Jones’s bible was a diplomatic gift between political leaders, chief to monarch, which Jones offered alongside his requests for aid and land tenure for the Mississaugas. The King accepted Jones’s bible and gave Jones a peace medal in return, medals regularly given to Indigenous chiefs at treaty signings in Canada, invoking the Crown’s acceptance of relations of alliance.

Jones also gifted a dozen copies of the Gospel of John to Christian chiefs in the Great Lakes region to renew and maintain relations among Christian Anishinaabe communities in Upper Canada.3 One went to Chief Yellowhead, who, though he could not read its pages, kept his bible wrapped in a cloth in his trunk, perhaps providing the care he thought this gift and these Christian relations deserved.4

Other Anishinaabe chiefs rejected bible offerings to reject Christianity. Jones wrote of chiefs who refused Christian missions in their communities, calling Christianity a "religion in a book"—compared to Anishinaabe ways "written in the heart"—to reify cultural difference.5 Chiefs who thus rejected the Bible also refused the colonial relations and obligations therein invoked.

In these instances, we can see how as objects of interaction and exchange, colonial bibles open onto sets of social relations that are simultaneously relations of power and resistance.6 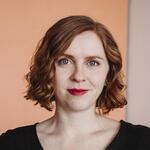 Roxanne L. Korpan is a settler scholar and doctoral candidate in the Department for the Study of Religion at the University of Toronto whose research focuses on intersections of Christianity, colonialism, media, and Anishinaabe sovereignty in nineteenth-century Canada. Her dissertation analyzes the Anishinaabemowin bible translations of Kahkewaquonaby (Peter Jones), Methodist minister and a chief of the Mississaugas of the Credit who lived from 1802-1856.