This series of images, taken over the course of six months, documents the street altars dotted around Mexico’s dense, urbanized capital, home to over twenty-one million people. I first noticed the altars on my early morning commute. Walking to the Metrobús from my home in Colonia Escandón to travel to the south of the city, I was struck by the little flickering lights on street corners that pierced the darkness. After this I began to notice altars everywhere I went: on the sides of roads, in parks, markets, and shops, next to taxi stands, outside metro stations, by street food vendors, and on top of phone boxes. I discovered them in the affluent neighborhoods of La Condesa and San Ángel and, more commonly, in poorer areas of the city such as Doctores, Tláhuac, and Tepito.

The never-ending stream of people, traffic, and noise in big cities creates a sense of anonymity, especially for foreigners.  The sprawling, chaotic metropolis of Mexico City can create a feeling of invisibility. The street altars, existing as part of the urban landscape of the city, stand in contrast to this detachment. Although only on very seldom occasions have I seen people interact directly with the altars, they feel to me to be individual and deeply personal, each has its own distinct character. I have never seen a defaced or vandalized altar. On the contrary, the altars are beautifully maintained, decorated with fresh flowers, lit candles, electric lights, and tinsel. Little figurines, framed prints, or prayer cards of the Virgin of Guadalupe or San Judás Tadeo (Saint Judas Thaddaeus) are most commonly found inside the altars. Sometimes curtains made from velvet or netting hang in front of the altars. In some cases stars and flowers are painted on the walls behind them.

By talking to some altar tenders, I discovered the enormous pride taken in caring for them. In a mechanic shop on José Martí Avenue in Colonia Escandón (just south of La Condesa), Jacob described how he and the other workers care for the altar dedicated to the Virgin of Guadalupe that sits up high on the back wall of the large workspace (Fig. 1). They take turns cleaning the altar and buying fresh flowers for it every fifteen days. He tells me that the red nochebuenas (poinsettias) and the yellow crisantemos (chrysanthemums) that decorate the altar are a symbol of Mexico. For Jacob, Guadalupe symbolizes the mother. He loves and gives thanks to the altar of Guadalupe in the same way that he would to his mother, “bringing flowers, cleaning it, crossing myself in front of it is all about giving thanks."1

Further down José Martí Avenue, the men working in the Hidrosina gas station call over their colleague Judith Caballero who—along with two other workers—is responsible for taking care of the gas station’s altar (Fig.15). She tells us that every Tuesday one of the altar’s three tenders cleans it and buys flowers for it at the market. It is then that same person’s responsibility to take care of the altar for the week. Judith tells us that the altar used to sit in the office upstairs but she decided to bring it outside so that everyone could see it. Judith prays to Guadalupe every day, giving thanks for everything in her life and making requests to the Virgin, such as for her health or for good grades for her children. “She is my mother,” says Judith of Guadalupe, “mine and of all of the Mexican people.”2

Mexico is home to the second largest Catholic population in the world—ninety-six million Catholics live in Mexico, almost eighty-five percent of the country’s population.1 Mexican Catholicism is specific in that it encompasses and absorbs local practices and reflects Mexico’s particular history. Religious symbols, rituals, and meanings have been infused with influences of pre-Hispanic, Nahua culture. The legend of the Virgin of Guadalupe exemplifies the presence of older traditions in Mexican Catholicism. According to the legend, in 1531, the Virgin of Guadalupe appeared to Juan Diego, a neophyte Indian, and spoke to him in Nahuatl on the hill of Tepeyec—the same place pilgrims came to worship Tonantzin, the Aztec goddess of fertility and nurturing. Images of the Virgin of Guadalupe also bear physical features that have been interpreted as non-European. Her brown skin has drawn similarities to Tonantzin, one of the many goddesses worshiped by the Aztec people. Today, Guadalupe is not just a religious icon but has become an important symbol of Mexican identity.2

Mexican Catholicism reflects not only Mexico’s past, but also the country’s current political and social context. Cults of devotion to saints and images of the Virgin or Christ are common forms of practice, from local or regional saints to ones venerated on a national level. After the Virgin of Guadalupe, the image most frequently found in the street altars is of the green-and-white-cloaked San Judas Tadeo (Saint Jude), known globally as the patron saint of lost causes. Since the 1980s, disenfranchised urban youth in Mexico City have adopted San Judas Tadeo as their own, often referring to him as the patron saint of “gangsters” or a “narco-saint.”3 Similarly, worship of La Santa Muerte, the folk saint of death, has surged in popularity in the last decade, especially amongst marginalized sectors of society. Devotion to La Santa Muerte is said to be the fastest growing new religious movement in the Americas.4 As Jennifer Scheper Hughes describes, the rise in popularity of these so-called “narco-saints” has occurred within a context of religious and social upheaval, including the institutional dismantling of liberation theology and the Mexican church’s turn to the right, as well as the country’s decade-long drug war, which has brought extraordinary violence to many communities in Mexico.5

These altars, which punctuate the urban landscape of the city, form part of Mexico’s rich, religious visual culture. On the one hand, they perform a traditional apotropaic function by protecting spaces from danger, both physical and supernatural. As María Ana Portal, professor of Anthropology at the Universidad Autónoma Metropolitana in Mexico, describes, the altars are believed to prevent evil spirits from hurting people.6 I have also found altars to be particularly common in traditional places of “danger,” especially connected to transport, such as gas stations, mechanics, parking lots, bus stations, and on the sides of busy roads.

But their presence also reflects the fallout from rapid urabn development in the city in the past decades. According to María Ana Portal, the growth, inequality, and urbanization of the city, as well as the market liberalization of the economy over the last fifty years, have complicated traditional ideas of belonging. As a result, she argues, public altars are a way of appropriating—giving meaning to—the public sphere in a time of chaos, insecurity, and instability. Described by Portal as the “symbolic sacralization of the public sphere,” altars are not just symbols of communal memory—a connection between the past and present—but form boundaries and forge a sense of belonging in the modern, globalized world.7 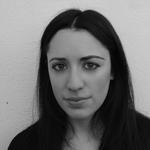 Esther Gabrielle Kersley is a visual researcher based in Mexico City. She is co-editor of Religion and the Public Sphere: New Conversations (Routledge, 2018).